ALTON — Five Madison County pantries received a special delivery from Simmons Hanly Conroy employees on Friday, Nov. 21.  Each delivery was roughly 6,000 pounds of food items raised during the 8th Annual Simmons Employee Foundation Food Drive.  The firm’s Alton office raised a total of 30,060 pounds of food and surpassed its original goal of 25,000 pounds, according to Amy Fair, foundation director and the head of the Asbestos Medical Department. 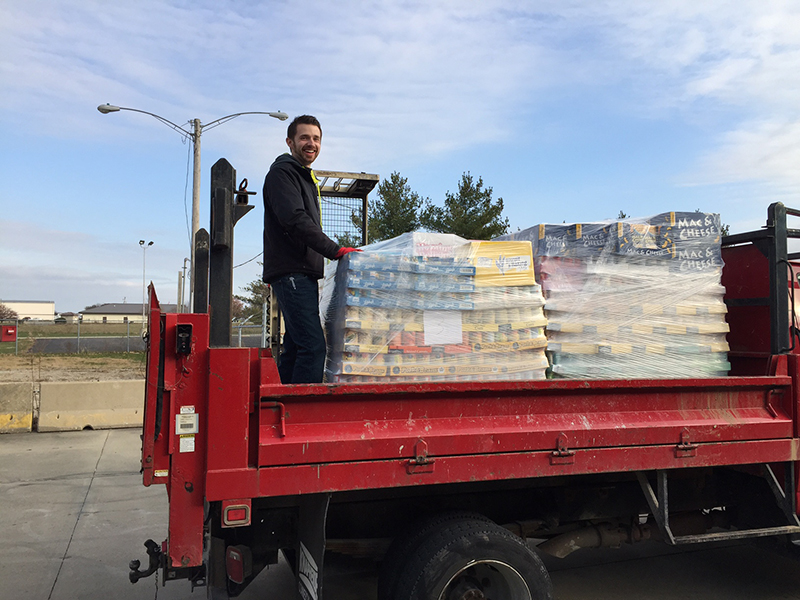 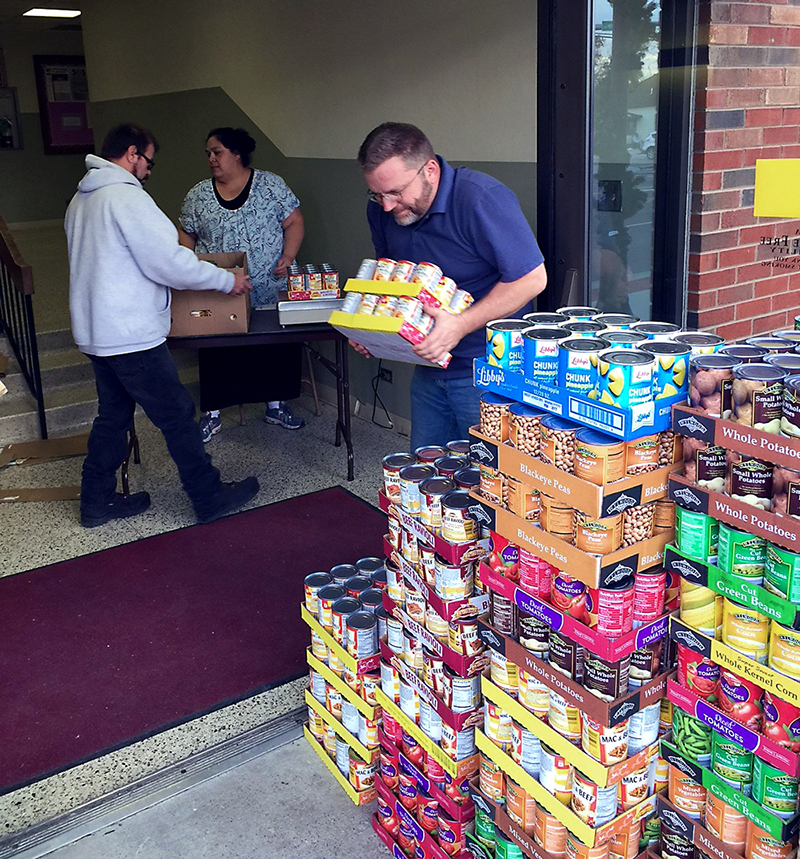 “I’m so proud to work with such a good-hearted group of people,” Fair said. “Because of their generosity, we were able to deliver several pallets, piled high with food, which will help feed hundreds of local families this holiday season.”
Pantries who received the deliveries included the Alton Salvation Army, the Crisis Food Center in Alton, the Community Hope Center in Cottage Hills, the Collinsville Area Ministerial Association’s Helping Hands Food Pantry and the Community Care Center in Granite City.
The food drive started Oct. 6 and lasted through Nov. 7. Firm employees were encouraged to get involved through several internal activities such as match challenges, raffle tickets, casual Fridays and even a Halloween costume contest.
Employees in the firm’s other locations also participated in the fun, Fair said.
“This year our food drive went national,” she said. “Employees in our Chicago, Los Angeles and San Francisco offices also raised food donations for pantries in their hometown communities.”
Employees at those locations volunteered their time or donated cash and/or dry food goods to a charity those offices selected. Charities included the Greater Chicago Food Depository, Ocean Park Community Center’s holiday food basket program in LA, and the SF Marin Food Bank in San Francisco. As part of a match challenge, once each office reached 100 percent participation in the food drive, the firm donated an additional $500 to each charity.
“Simmons Hanly Conroy is a national law firm, having represented people who live in nearly every state,” said Chairman John Simmons. “So it made sense to extend the food drive and support our employees as they volunteered to make the holidays brighter in their hometown areas of Chicago, Los Angeles and San Francisco.”

In late 2004, the employees of Simmons Hanly Conroy came together to create a single, streamlined way for them to give back to the communities they are so proud to call home.  As a result of their creativity and heartfelt commitment, the Simmons Employee Foundation, has provided nearly $1 million of financial support and countless volunteer hours to charitable organizations.
Simmons Hanly Conroy LLC is one of the nation’s largest mass tort law firms and a leading voice for victims of mesothelioma and asbestos exposure. The firm’s attorneys have recovered more than $5 billion in verdicts and settlements for individuals in asbestos-related litigation, including the largest-ever U.S. verdict ($250 million) for a single plaintiff. The firm also represents plaintiffs nationwide in pharmaceutical, consumer protection, environmental and personal injury cases, as well as small and mid-size corporations, inventors and entrepreneurs in matters involving intellectual property infringement and business litigation. Offices are located in New York City, Chicago, San Francisco, Los Angeles, St. Louis, and Alton, Ill. Read more at www.simmonsfirm.com.