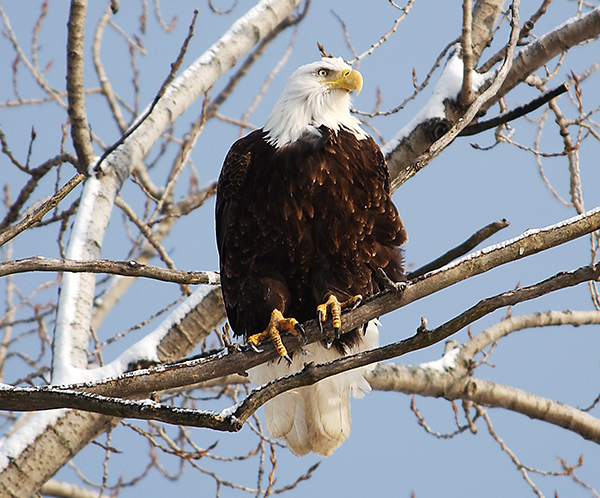 A local tourism bureau is developing a long-range plan to draw money-bearing visitors from the region — and around the world.
“It starts with a visit,” said Ann Badasch, an Alton restaurateur who has preached tourism for decades. “When you build a place where people want to visit you’ve built a place people want to work, and when you build a place people want to work, you build a place people want to live. And when you build a place people want to live, you’ve built a place people want to visit.”
Badasch is chairman of the Alton Regional Convention and Visitors Bureau board, which covers a 50-mile tourism corridor along the Mississippi River, from Hartford north to Pere Marquette State Park in Grafton.
That highly touted scenery is not lost on international tourism promoters who have been to Alton recently for video-recording sessions — taped in multiple languages for overseas use.
This year, for the first time, the Alton CVB’s budget has gone past $1 million. Since 2004, when Brett Stawar was named as president, the Alton CVB has managed to find new sources of funds to double its operating budget. Now the office has six full-time staff and four part-timers and is supported by a 20-member board.
And, yet, the amount of tax money taken in has changed little, Badasch said, made up for by grants, visitor guide sales, tourism services and individual contributing companies who believe it is smart business to promote tourism.
“We actually have about 50 small businesses contribute money toward the bureau’s budget. That’s telling.”
The Alton-to-Grafton area, in particular, has benefited from a push that actively began in 1985 as part of an administrative move by Gov. Jim Thompson who recognized tourism as a growth industry. That year, the State Department of Tourism was formed. The state eventually authorized a hotel-motel tax that led to creation of the state’s Local Tourism and Convention Bureau program, allowing communities to access grant money. Today, as a result there are 41 CVBs in Illinois, outside of Chicago.
Some 20 percent of the Alton CVB budget comes from a regional hotel/motel tax. Another 22 percent comes from the food and beverage tax out of Alton. In return, Alton holds five seats on the CVB board.
Another 29 percent comes from grant revenue from the state of Illinois, which collects a hotel-motel tax. Chicago is the biggest generator of that tax and retains most of what is made. The rest is distributed to other CVBs as part of the LTCB grant distribution, based on a formula of Chicago’s own tax collection on visitor expenditures areas, such as hotel/motel, food and beverage, car rental, retail and gasoline.
“I also think the important thing to point out in our budget is the diversity of funding from local, state and private sector. It is a shift we have experienced in the past 10 years and one that we will continue to pursue,” Stawar said. “Private sector collaborations are our primary focus for the future, utilizing state and local government to provide the funds to leverage the private sector and our combined tourism efforts.”
While the Alton CVB’s mission is to build public awareness on local events and places, it also has added what it calls “tourism development,” which may become a significant component.
“So many people come to us on, ‘How do we do this, and how do we do that?’ Anyone who wants services, they are given across the board freely,” Badasch said. “This is a not a membership-driven convention bureau, like some. In ours you don’t pay to play.”
As an example of such cooperation she cited the Lewis and Clark Confluence Towers at Hartford. The village spent years pursuing the facility and when it had to shift to operations and interpretation, the town turned to the CVB for support.
“The convention bureau stepped in. We set up a plan for them; they actually pay us to operate it. The village has the final say and pays the utilities, but we help them organize their schedule and their professional staff and marketing,” Badasch said.
That arrangement is done under contract with the Village of Hartford.
A similar contractual arrangement with the U.S. Army Corps of Engineers allows the local CVB to manage river-related promotions, Stawar said.
The CVB board wants to similarly help the city of Alton, which is still learning how to promote its newly built amphitheater in Riverfront Park, said Badasch, who is on her second stint as board chairman and involved in tourism for more than 20 years.

“What we would like to do is step in in those situations and help them with financial oversight and marketing. It’s about more than just putting ads on TV and radio,” she said.
Next year, the CVB wants to reach out to the city in further effort to fill the amphitheater.
“We have the professional staff who can help them. City departments are overwhelmed,” she said.
The same applies to operators of various excursion boats that have been visiting Alton.
“For years, we’ve wanted a boat on the river. It’s a shame we don’t have one on a regular basis. What we’ve done is worked with boat operators out of Peoria and now the one in Grafton. We are actually doing their ticketing and selling for them, for a percentage of the ticket. It’s now economically feasible for these people to come.”
Alton and Grafton are on either end of one of the more scenic stretches of river road in the United States.
People have suggested the CVB get a shuttle that would take advantage of such scenery. Stawar said the bureau hopes to get a donation of a 16-person shuttle from Argosy Gaming Co. and sustain it through corporate donations.
“From my perspective it will be programmatic, more so than transporting people from points A to B,” he said. The shuttle could be used during eagle-watching season and just about any time there is a need to take tourists to various attractions.
While the main idea is to make southwestern Illinois a destination, the target is not necessarily locals, or even people in this country.
Alton CVB for the first time, is participating in an international tourism initiative begun after the federal government’s passage of the Travel Promotion Act of 2009. The law created the Corporation for Travel Promotion, a public-private partnership tasked with promoting tourism in the United States. That partnership has since been renamed Brand USA.
The national initiative is a strategy to promote this country in places beyond its biggest cities. The state has an international tourism budget and partners with Brand USA. Local CVBs can put up some of their own money toward individual promotion.
“Not every city in Illinois is worthy of the attention. We’re going after the second- and third-time travelers to the state. Those are people who want to get the real, authentic stories of America,” Stawar said.
Brazilian tourists, for instance, are paying “tons of money” to come to the U.S. — right now seeing places like New York and Chicago — and are expected to be among those who return to visit places like Alton as the Brazilian market develops over the next 10 years.
As part of the state’s partnership with Brand USA, a film crew came to the Alton market and did snippets on three subject areas, Cahokia Mounds State Historic Site, the Lewis and Clark Expedition and the scenic and natural beauty of Pere Marquette State Park in Grafton.
“We had interpreters from the U.K., Germany, Canada and Japan,” Stawar said. A total of four promotional videos were made. “They went from here to Galena and a couple of other stops in the state.”
He added: “We have world class attractions. We wouldn’t exist if we didn’t have the destination attractions — the rivers from confluence to confluence and the Scenic Byway.
“We are so positioned right,” Badasch said, adding that last year saw an estimated $412 million spent in the region by visitors.
“My Just Desserts would not exist without tourism,” she said of her restaurant, which overlooks the riverfront and is popular with visitors.
The advent of high speed rail service, which will have a stop in Alton, also offers opportunity, she said. Alton is now working on a multi-modal transportation facility that will replace its current Amtrak station and bring both train and bus passengers to town.
The Alton CVB board is comprised of people from throughout the market. Jersey and Madison County each are entitled to seats. There are also representatives from restaurants and other sub groups.
“We’re pretty much made up of people who are truly interested in tourism,” Badasch said. “We rise above politics. A rising tide raises all ships. When one (community) does better we all do better.”