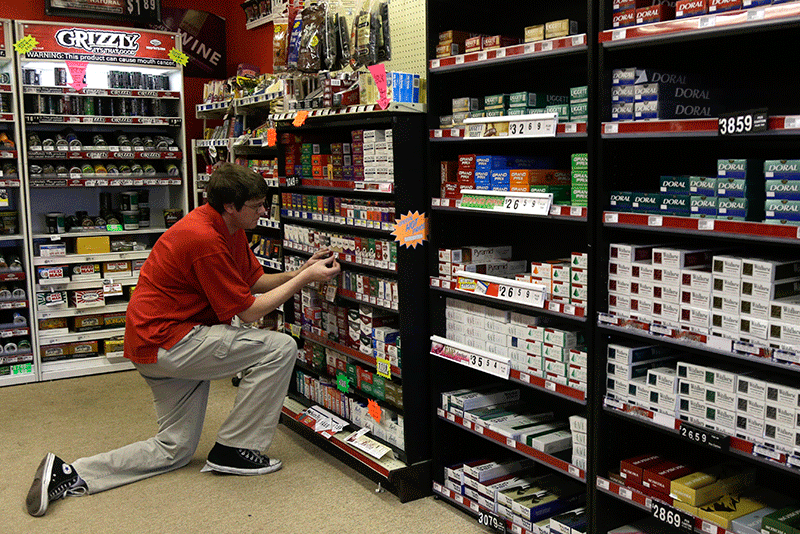 Although the numbers show that Illinois’ cigarette tax revenue more than doubled in July compared to the same period last year, details behind the stats actually reflect inventories returning to normal.
According to the Illinois Commission on Government Forecasting and Accountability, what initially appears as a hefty spike in revenues for the state was — in reality — evidence of cigarette distributors statewide restocking their pantries after their stockpiled purchases of pre-tax-hiked product from last spring-summer was depleted. July’s net increase was $18 million.
Revenues for August of this year were also up appreciably, 73 percent or $25 million, compared to a year ago.
Jim Muschinske, the commission’s revenue manager, says the General Assembly’s $1-per-pack tax increase on cigarettes (which took effect June 24, 2012) caused a last-minute “rush” of massive distributor purchasing last spring — one that the Illinois Department of Revenue tried unsuccessfully to prevent under the old tax rate.
“Last year, the IDR attempted to thwart that stockpiling by putting a floor tax on distributors to immediately put the higher rate on and limit the amount of cigarettes they could purchase under the old rate,” said Muschinske. “But the courts said no. So there was a big purchase statewide of cigarette tax stamps, those that are affixed to the back of the packs by licensed distributors. It took a number of months for the effect of that (excessive purchasing by cigarette distributors) to go away. Now we’re back at the statutory amount. So the dollar amount you see comparing July FY 2013 to July 2012 is no surprise.”
When legislators approved the $1-per-pack tax hike on cigarettes nearly 18 months ago, Illinois moved into 17th place in the U.S. and District of Columbia in terms of the highest excise tax rate on cigarettes. New York remains first at $4.35 per pack (in taxes alone), while Missouri is 51st at 17 cents per pack.
An excise tax is one that producers and sellers pay for and is normally included in the price of a specific commodity. In contrast, a sales tax is one that is typically paid for by the purchaser at the point of sale.
The cigarette tax increase was enacted as part of an overhaul of the Medicaid program; policymakers were aiming to eliminate a funding gap of $2.7 billion in FY 2013. Illinois estimated that the $1-per-pack increase would bring in an additional $350 million in cigarette tax revenue and generate a total of $700 million in cigarette tax revenues for the state in FY 2013, including reimbursements from the federal government.
Despite projections that the stockpiling would result in lower cigarette tax revenues, Illinois comptroller reports show that $382.6 million — more than $30 million beyond what was expected — came into state coffers during FY 2013 from just the $1-per-pack tax increase. Paired with federal dollars, the total for FY 2013 (based on year-end estimates) was $853.3 million, according to the Comptroller’s Office.
In July 2002, the last time Illinois raised its tax on cigarettes, from 58 cents to 98 cents per pack, the language in the bill was “more clear in restricting stockpiling on the part of distributors,” said Susan Hofer, spokeswoman for the IDR.
“When we learned that legislators (in 2012) were preparing to double the tax again, our agency tried to restrict stamp sales, but we were clearly told by the court that it was not legal,” Hofer said. “This action wasn’t even necessary a decade earlier because of the way the legislation was written. The 2002 law made it very clear that distributors could not stockpile,” she added.
The first time Illinois imposed a tax on cigarettes was in 1941, according to the IDR. It was paid by the distributor, just as it is today. Hofer says the tax was initially set at two cents per pack. The rate remained below 10 cents until 1969. In 1993, the tax increased to 44 cents and to 58 cents four years later.