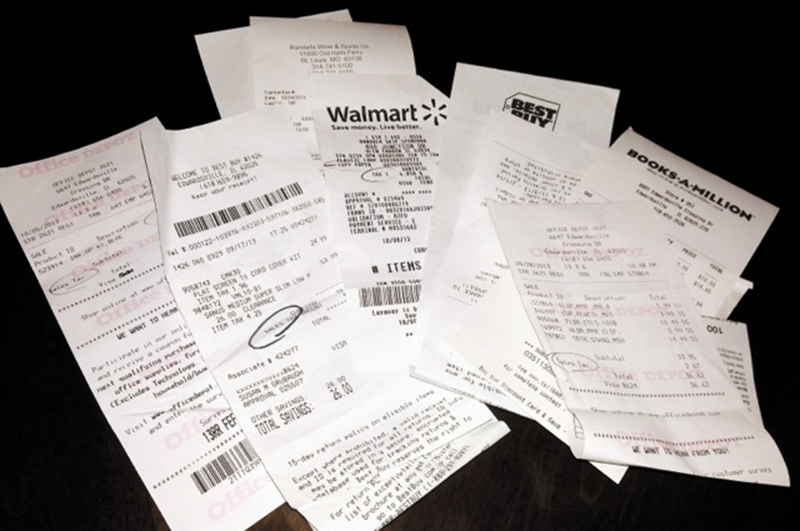 Metro East officials hope a decline in sales tax revenues that began last year is only temporary.
“We’re probably at 2010 levels,” said Les Sterman, chief supervisor for the Southwestern Illinois Flood Prevention District Council. “It’s certainly an area of concern.”
Sluggish sales tax collections are a direct indicator of lackluster retail sales and affect state, county and municipal governments and local agencies like the flood prevention district that depend partially or entirely on those revenues to pay for services they provide.
Sales taxes provide a portion of revenues for counties, cities and villages but are the sole source of revenue for agencies like the flood prevention district and the Metro East Park and Recreation District, which receives a one-tenth-cent tax on retail sales in Madison and St. Clair counties.
The flood prevention district is in charge of repairs to the levees that protect the Mississippi River flood plain, which stretches from Alton to Columbia. A quarter-cent sales tax is collected in Madison, St. Clair and Monroe counties to fund the big repair project.
The district began receiving the tax in January 2009, in the depths of the recent recession. The tax brought in $10.3 million in 2009 and $11.0 million in 2010, an increase of nearly 7 percent.
“We saw a nice recovery after the recession,” Sterman said.
In 2011, however, revenue from the tax grew just
under 2 percent and in 2012 grew by only 0.26 percent. In June 2012, monthly receipts began coming in lower than the corresponding months in 2011, a trend that continued through June of this year with the exception of but one month.
Statewide, sales and use tax collections over those months showed only slightly more growth than in Metro East. Total collections statewide were up only 1.8 percent during the state’s fiscal 2013, which began in July 2012 and ended at the end of June. That followed a 5.7 percent gain for fiscal 2012.
The state’s 1.8 percent increase for fiscal 2013 barely topped the 1.6 percent rate of inflation, the Illinois Department of Revenue noted in its monthly revenue report for June.
The same report said the previous two fiscal years “had very strong growth thanks to pent-up demand that accrued during the cutbacks of the last recession. As this pent-up demand began to fade at the end of fiscal year 2012, we knew 2013’s sales and use tax receipts would more closely reflect the current economic conditions, especially changes in employment and wages. Modest gains by both helped keep sales and use tax growth low in fiscal year 2013.”
Lower-than-expected tax receipts are not expected to threaten the levee repair project. They should be sufficient to pay back the money the district borrows to finance the construction.
“We have leaned on our engineers to be frugal,” Sterman said. “I think we’re going to be fine.”
Sterman said bids have been coming in lower than estimates and the overall cost of the project is now estimated at $120 million to $130 million, as much as $30 million less than early estimates.
“What retailers see is that growth is coming back but it’s very slow and slower than they would like,” said Peter Gill, spokesman for the Illinois Retail Merchants Association. “There’s nothing to be thrilled about but it’s steady-as-we-go.”
With continuing high unemployment, “it’s still a struggle for a lot of consumers,” Gill said. And he said the ongoing budget bickering in Washington creates uncertainty and undermines consumers’ confidence about the overall economy and their own jobs.
Gill said Illinois merchants had an “OK” back-to-school season and are optimistic about the coming holiday season.
Joe Parente, Madison County’s director of administration, said county officials have noticed the weakness of sales tax receipts but don’t have an explanation. He said county government’s sales tax receipts for the first eight months of 2013 were down about 3 percent compared to 2012.
Sterman theorized that Metro East consumers had less to spend following the completion of two massive construction projects that provided work for many of them – the building of the $4 billion Prairie State Energy Campus in Washington County and the $3.8 billion expansion of the Phillips 66 Wood River Refinery in Roxana. He said he thought employment had also declined at Scott Air Force Base, Metro East’s largest employer.
Unemployment has declined since the worst of the recession but remains stubbornly high. The state’s unemployment rate in August was 9.0 percent; the rate for the Illinois portion of the St. Louis MSA (Madison, St. Clair, Monroe, Clinton and Jersey counties) was 8.5 percent.
John Meisel, professor of economics and finance at Southern Illinois University Edwardsville, said wages have been stagnant at SIUE, community colleges and other institutions and agencies that rely on state government funding. He said pay for employees at SIUE, the area’s third-largest employer, have risen only 1 percent or 2 percent a year over six years, less than the rate of inflation.
Meisel said consumer spending is a function of income and borrowing. He said incomes have been stagnant or worse and the volume of borrowing remains low despite very low interest rates.
“People don’t have confidence the economy is going to improve,” and when they don’t have that confidence, they are reluctant to borrow, he said.
Ellen Krohne, executive director of Leadership Council Southwestern Illinois, said the budget wrangling in Washington had likely impacted the area’s economy by way of furloughs and sequestration. Krohne said recent month’s sales tax receipts show signs of improvement.
“We’re hoping that momentum will continue into the holiday season,” she said.
Statewide sales tax receipts provide some reason for optimism. They were up a surprising 7.7 percent – $139 million – for the first three months of fiscal 2014, according to the state Legislature’s Commission on Government Forecasting and Accountability.