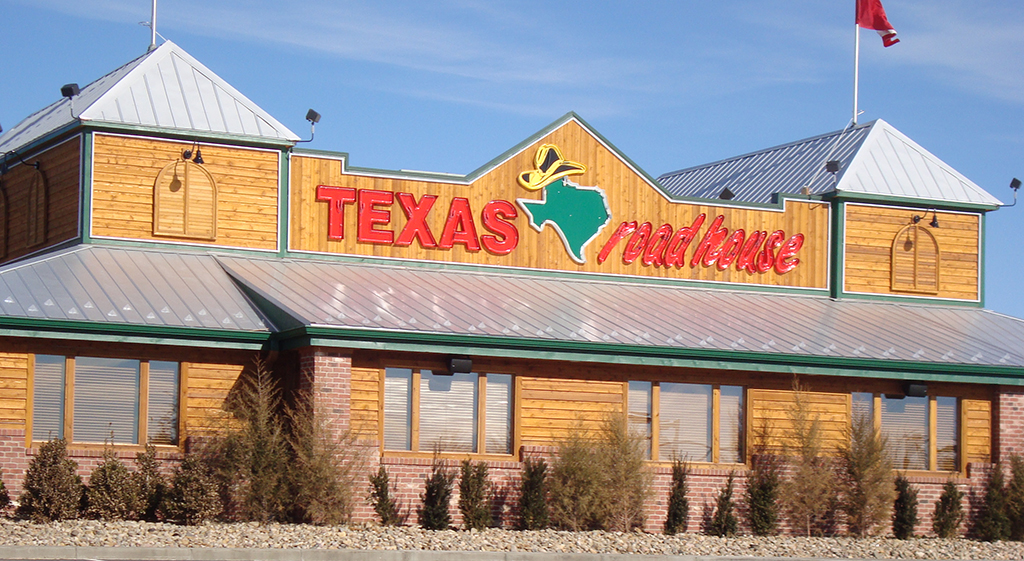 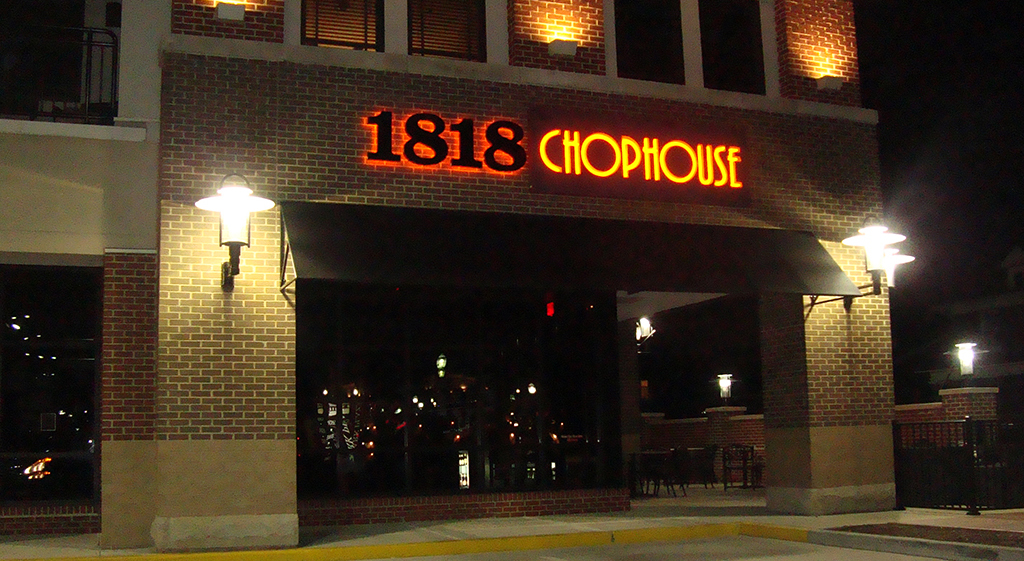 The new Texas Roadhouse in Glen Carbon and the 1818 Chophouse in Edwardsville are among several popular restaurants to open in the communities in recent times. Some people say the area’s attraction as a dining destination has reached a place that now rivals anything in Metro East. Others wonder if the market has reached a saturation point.

Sam Guarino remembers well the first time he predicted Edwardsville’s food future.
He was sitting with Carol Foreman, former director of the Edwardsville-Glen Carbon Chamber of Commerce, about eight years ago during a marketing committee meeting.
“I told her, ‘In the next few years, Edwardsville’s going to become a dining destination’,” he recalled.
Guarino was, and still is, a partner in Bella Milano Inc., one of the city’s premier restaurants. Since it opened in December 2003, it has been looked upon as a catalyst for what has become a mecca of fine food.
In the 10 years that followed Bella’s opening, the city and neighboring Glen Carbon landed several notable dining establishments — 1818 Chophouse, Cleveland-Heath, 54th Street Grill and Bar, Wang Gang, Mike Shannon’s Grill and Peel Wood Fired Pizza, among them.
The competition is good, Guarino said, because it forces owners to stay on their toes.
“Now, you could eat at a different place that you could enjoy every day for weeks,” he said.
But, he adds, there is a “flip side” to all this, and the city may have reached the saturation point. Guarino believes that only the strong are going to survive.
“Today, we’re in the opposite situation, and we’re pretty bloated in terms of restaurants,” he said. “Now, we are a dining destination. Going forward, I think it will be a zero sum game.” In other words, for every restaurant that opens, another will close.

The latest player is a Texas Roadhouse steak restaurant in the Glen Carbon portion of the Edwardsville Crossing shopping center, which opened to packed crowds in December.
Still on the horizon is Hendricks Smokehouse, which has announced plans to remodel and move into the former Rusty’s restaurant on North Main Street, although not much visible has occurred to the site for months.
When Bella Milano opened, it was on the city’s outskirts, food wise. It was the first tenant in developer Robert Plummer’s University I complex along Illinois Route 157. Now there are several eateries in the same complex and growth all around that area of the city.
“The demographics of Edwardsville are such, it was underpopulated when we built 10 years ago, especially for the demand of the clientele. Edwardsville (and Glen Carbon have) been able to modify its nonrestaurant retail, and that’s been a key. Now you have Best Buy, Sam’s (Club), Kohl’s,” Guarino said. Those customers are coming in from elsewhere, partly to shop and partly to eat, he said.
The difference in a place like O’Fallon, where Bella Milano opened its third location in 2012, is the larger population base from which to pull customers, he said.
Guarino and partner Craig Kalogerou thought long and hard before opening in O’Fallon. Today, rental and land prices are about the same in Edwardsville as they are in O’Fallon-Fairview Heights. But before 2008, it was much easier to find rental square footage or land to buy in the Edwardsville market, at a reasonable price.
“At the end of the day, if you’re a good restaurateur, it’s still all about the break even,” he said.
The break even in a place like Fairview Heights “was probably about 20 percent higher before the recession hit.” Now it’s close to the same with all his restaurants. The partners also operate a Bella Milano in Springfield, opened in 2005.
“For a businessman, (location) is a tough decision,” Guarino said. “You always hear location, location, location. It’s not just about the best location for your store. It has to be a function of the right location and the affordability for your type of business.”
He adds: “The bar in Edwardsville is higher than it was 10 years ago. A good restaurateur needs to focus on his business, to grow his business. The market will only bear so much.”
Edwardsville City Administrator Bennett Dickmann agreed that the city has become a dining destination.
“We even hear a lot of people say they’ll head this way, not knowing which restaurant they’ll select. They feel comfortable just coming.”
Dickmann cites the variety of restaurants, offering everything “from sushi to juicy steak.
“And not all of them are similar. They complement each other. You’ve got everything from a whispering atmosphere to a sports bar environment. Even the pizza places are different.”
He, too, agreed that the last decade has spelled the difference, as the neighboring communities skyrocketed in population from a market of about 31,951 to a market of about 37,227.
“I think the growth of the community is the answer to the question (of why),” Dickmann said. “Where there are rooftops, business will find a market, especially a business that has no true season. And you have to eat all year long.
“Plus you have the retail businesses that draw them here. We’ve been fortunate to have some national retailers locate here,” he said, citing such businesses as Kohl’s and Best Buy.
One oddity, as of the last Census is that Madison County, where Edwardsville is the county seat, has surpassed neighboring St. Clair County in population.
Edwardsville and Glen Carbon together are recognized as one of the wealthiest enclaves of the metropolitan St. Louis area. Dickmann said the ranking would be higher were it not for the heavy population of university students.
A lot of economists underestimate the value of a college economy, weighing too much on impoverished students, he said.
“The more sophisticated businessmen know not to take that information to heart,” he said.
Potential businesses, particularly restaurants, recognize the value of a student workforce, he said.
The market reach is beyond Edwardsville, though, with people coming from nearby towns and from the St. Louis side. Completion of a couple of main roads, Governors Parkway and Plum Street (alternate Illinois Route 159) provide the access, Dickmann said.
Larger retailers also took note of the road.
“Dierberg’s was moving dirt even before Governors’ Parkway was completed (in 2006),” he recalled.
Commute time getting to Edwardsville is a factor as well, he said, noting that people in some parts of St Louis can drive here faster than they can to other parts of St. Louis.
The restaurants chains themselves aren’t willing to talk about their revenues, but some observers believe that Edwardsville yields some of their top-grossing outlets.
“I don’t know that for certain,” Dickmann said. “I’ve heard more than once at ribbon-cutting time from corporate execs who attended that they wish they had built a bigger prototype, that they underestimated this market.”
The city administrator says he’s not sure the community has peaked out, restaurant-wise.
“I have often wondered how long it would be before they start cannibalizing each other. But you go to many of these places and they have a wait.”
Guarino said it’s easy to make mistakes in his business.
“Lot of places have come and gone very quickly, which is typical in restaurant business. We made mistakes when we opened Bella Cafe in St. Peters (Mo.), a ‘fast casual’ that failed very quickly. We did not study our demographics enough. Our numbers were not right in retrospect.”
Edwardsville is considered a small-to-midsize market. That demographic has kept it from getting some of the bigger, better-known chains.
Its economic demographic, more than its population, has helped in some ways, Guarino said.
“Edwardsville became a percolator for lots of small, individual restaurants. We didn’t get the Red Lobsters or the Olive Gardens, but we got Cleveland-Health, Robust and Shannon’s,” he said.

State offers leeway for some job applicants with records