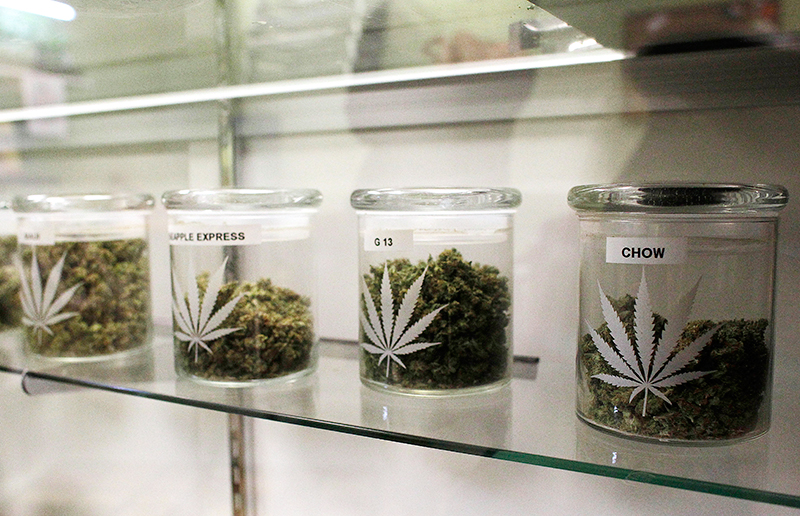 Several state agencies are hustling to draw up rules for use of medical marijuana in Illinois, a widely watched process that promises to enlist the public’s input before the program is implemented late in 2014.
A new website was recently launched to help residents understand and weigh in on the Compassionate Use of Medical Cannabis Pilot Program Act, which went into effect Jan. 1. The Illinois departments of Financial and Professional Regulation, Public Health and Agriculture now have 120 days to propose final rules governing the program.
Bob Morgan, statewide coordinator of the four-year program, said the departments are separately drawing up rules of implementation that will be formally presented by May 1 to the Joint Committee on Administrative Rules, a review arm of the Illinois General Assembly. The latter body will then have a minimum 90 days to approve those rules and put the governance into effect.
While many parties have expressed an interest, no one can officially register to become a dispensary, a cultivating center or a participant until the rules are made formal, and Morgan said he is unwilling to predict exactly when that will be.
The website, www2.illinois.gov/gov/mcpp, will post updates as the rules are being drafted. Eventually, anyone who wants to get involved in one of the state’s cultivation centers or dispensaries will find those applications on the site.
“We haven’t had any confusion at this point, and we hope the website will clear up any concern that people have,” Morgan said. “This is a process that we hope to be very transparent with a lot of public comment and involvement of local communities.”
In August, Illinois became the 19th state to approve a medical cannabis law, which was sponsored in part by state Sen. William Haine, D-Alton.
The law will allow people to receive certification for medical cannabis for debilitating medical conditions. Proponents say medical cannabis can provide relief from continual pain, nausea and discomfort more effectively than conventional medications for patients suffering from serious ailments, such as cancer, multiple sclerosis, Parkinson’s disease and HIV. The law specifies 40 medical conditions for eligibility.
The act only permits a physician who has a bona fide physician-patient relationship and is treating the patient’s qualifying debilitating medical condition to certify them for use of medical cannabis.
Morgan said he has met several people who could benefit from the law.
“Potential patients I’ve spoken with are very excited about the program. They feel as though the law is very strong, and offers the protections that will allow them to get the relief they need.”
The new law enacts strict restrictions on the cultivation centers to ensure professional licensing, 24-hour surveillance and inventory control. There will be 22 cultivation centers – one for each State Police District. Each must comply with local zoning laws and be located at least 2,500 feet from day cares and schools.

The dispensing of medical cannabis will be tightly regulated. Unlike some states, Illinois law will not permit patients or caregivers to cultivate cannabis. Eligible patients may purchase up to 2.5 ounces of cannabis every 14 days. There will be no more than 60 licensed dispensaries, which must comply with strict rules established by the Department of Financial and Professional Regulation.
The certifying physician and patient must have an established relationship. Minors and people with felony drug convictions or psychiatric conditions do not qualify. Patients may not be police officers, firefighters, probation officers or school bus drivers. Patients who drive while impaired by medical cannabis will face the same penalties as those who drive while impaired by prescription drugs.
Medical cannabis may not be used on a school bus or school grounds, in a correctional facility, in a residence used to provide childcare or any public place. Landlords may ban smoking of medical cannabis on leased property. Under the law, employers will maintain the power to ensure a drug-free work place.
Some elements of business are allied on the law. Among supporters who have gone on record are the Illinois Nurses Association, Illinois State Bar Association, United Food and Commercial Workers, ACLU of Illinois, AFL-CIO, and hundreds of physicians from across the state.
Morgan acknowledged that “strong employer protections” in the bill are part of the reason for broad support.
“The law does cover reasonable drug-free workplace policies,” he said. At the same time: “There’s also a presumption that there cannot be a discriminatory employment decision because an employee is a registered patient.”
He said he hasn’t fielded many direct questions from employers but has seen the law’s potential impact discussed in various legal and business advisories.
The Illinois Chamber of Commerce has held a number of webinars on the subject.
Questions may be best answered by first reading the law itself, which he said is a reflection of years of effort and the precedent set in other states.
“We’ve looked very closely at other state rules, to learn from some of the best practices out there,” he said.
The program is intended to be self-sustaining, meaning generated revenues will cover the cost of operation.
Medical cannabis will be taxed at the same rate – 1 percent – as pharmaceuticals. A 7 percent “privilege tax” imposed on the cultivation centers and dispensaries will be deposited in the Compassionate Use and Medical Cannabis Fund for the costs of administering and enforcing the act.
It is estimated that each of the 22 cultivation centers will hire five to 10 staff. Each of the 60 dispensaries will employ 10 to 20 staff.
Morgan, a health-care attorney his entire career and also a general counsel with the state health department, has been working on details of this program for months.
Now, he’s answering to the Governor’s Office on an effort that represents a cross section of government.
Each agency has a district responsibility under the law. Public health is focused on patient registry and patient health factors. The Department of Finance Professional Regulation is overseeing the rules for implementing the 60 dispensaries. The Agriculture Department is working on the 22 cultivation center.
And each unit is working closely with the Illinois State Police regarding law enforcement aspects.
While there is “nothing to apply for just yet,” each applicant will undergo background checks. Following the final approval of administrative rules, applications and related documentation will be placed on line.
Each department is also eyeing specific operational budgets to ensure staff and equipment are accommodated, he said.
“Every agency is different and will require different staffing. That’s still in development right now,” Morgan said.
The most commons questions he’s getting are: When is medical marijuana going to be available? And what information will the applications require? Neither can be fully answered yet.
There are also still-unanswered questions about whether the Department of Public Health is open to adding medical conditions other than those spelled out in the law.
The Department of Financial and Professional Regulation urges both physicians and the public to be cautious about setting up or visiting so-called “medical cannabis clinics.”
Unlike some states, Illinois law does not allow for such clinics. Any person or business touting their ability to help with compliance with the act or offering services in furtherance of obtaining medical cannabis before rules are adopted is violating the law.
A recent complaint filed against a physician in Chicago underscores the state’s intent to weed out people trying to take advantage of the system.
In December, the Department of Professional Regulation filed a formal complaint against Dr. Brian Murray, charging him with violating the Medical Practice Act while attempting to set up a medical cannabis clinic. Murray’s representatives have publicly denied the allegations.
The complaint alleges that on the day the doctor opened the “Good Intentions” clinic, he and a coworker were offering potential patients “pre-approval” to obtain medical cannabis if they paid a $99 registration fee. Under the Medical Practice Act, such conduct is both unprofessional and misleading.
A physician may only accept payment from a patient for the fee associated with the required medical examination prior to certifying a patient for use of medical cannabis.
Physicians cannot accept payment for the certification itself.
There is no specialty in medicine that treats all the various qualifying debilitating medical conditions listed in the act. That means that one physician could not properly treat all patients eligible to use medical cannabis.
The state Department of Professional Regulation would not consider a physician to be treating a patient for a condition if the only treatment being provided is a written authorization for the use of medical cannabis, he said.
Any physician advertising as a “medical cannabis clinic” will immediately fall under the department’s scrutiny, the state said.
“We will take all steps necessary to prevent fraud against an already vulnerable group,” said Morgan.
The new law also bans campaign contributions from operators of cultivation centers and dispensaries.