Thanks to an outcry from 2,500 community banks and trade associations across the nation, regulators – in a rare move – agreed to change the rules that will ultimately impact the type of residential mortgages banks are able to offer, their capital levels and how they weigh the risk of the assets on their books. 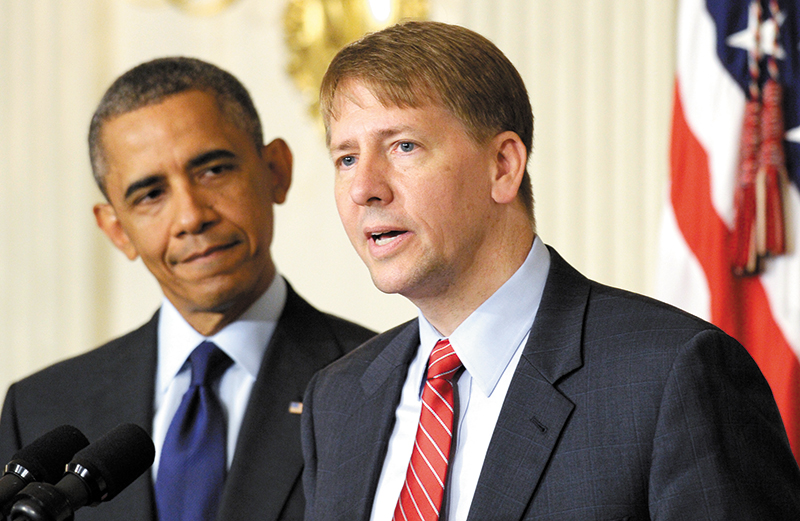 David Schroeder, vice president of federal governmental relations at the Community Bankers Association of Illinois, says it was highly unusual to see the feds – the Boards of the Federal Reserve System, the Federal Deposit Insurance Corp. and the Office of Comptroller of the Currency – react to public input in this way.  In addition, early last month, the three agencies granted a one-year reprieve on two key rules that would have otherwise taken effect Jan. 1, 2014.
“I am delighted to say the regulators changed and we got an additional year on these two rules,” said Schroeder. “The banking industry put forth an unprecedented response. Basel III and the Standardized Approach NPR (Notice of Proposed Rulemaking) will not become effective for banks until Jan. 1, 2015.”
Regulators changing the proposed rules regarding balloon mortgages was a sigh of relief for community banks, particularly those serving rural communities, whose residential mortgage loan product mainstay has long been the balloon note. This longstanding, stable lending product differs from a traditional residential mortgage in that it is not resold on the secondary market. The bank keeps the note on its books, issuing the debt for a shorter period such as five years on a 20-year adjustable term.
Regulators had originally proposed big increases in risk weights (banks’ off-balance-sheet exposures) for balloons and other residential mortgage loans, in some cases from 50 to 150 percent. Schroeder says the original proposal discounted the community bank business model of fair dealing and soundly underwriting these types of loans. Fortunately, he says, this proposal did not survive. The final NPR includes retaining the existing risk weight of 50 percent for high-quality, seasoned residential mortgage loans and 100 percent for all other residential mortgage loans.
Banks with customers who live in rural communities have relied greatly upon balloon mortgages – as have their lenders, for years, says Brad Rench, regional president at First Mid-Illinois Bank & Trust. “A balloon mortgage, by its very nature, is typically a community bank product,” said Rench. “If we all had our choice, we’d put 30-year secondary market loans out. But they don’t fit everyone, and that’s why this alternative exists in the product mix. If you’re selling into the secondary market and you’re in small-town USA, those (balloon) loans may not qualify. So you typically do a balloon note. When regulators initially announced this rule last fall, it was a huge issue for banks serving rural communities across the country, because balloon notes – which they’d been making for decades and more – could have had to be phased out by the end of this year. Now we’ve gotten a reprieve on balloons.”
As regulators continue to tweak the two rules that have been delayed until the start of 2015 which directly affect community banks, Rench says First Mid is continuing to keep balloon notes in its product offerings but preparing to embark upon additional training as to more residential loan opportunities for its clients.
“We are preparing for a change,” he said. “The easiest way to adapt is to add adjustables to our product mix. We know that some change is coming, and that it is going to affect our overall loan portfolio.”
Dennis Terry, president and chief executive officer of First Clover Leaf Bank, says the financial institution also still offers balloon mortgages and “probably always will,” although for many of FCLB’s clientele, still-low interest rates make the bank’s conventional residential mortgage products – both the in-house and external options – a better fit.
“In a more normalized rate environment, there are situations where a balloon would make sense,” Terry said. “It’s traditionally priced a little lower than a fixed-term rate. For someone whose career is in the military or is such where they know they’re going to be transferred every five years, it often makes a lot of sense. Also, there are situations – particularly so in small towns – where factors exist that could cause it to be completely out of the norm of a 15 or 30-year realm.”
One such example, says Terry, is if the properties are each served by their own well; the inspections and standards required to get a residential loan may necessitate going the route of a non-traditional mortgage such as a balloon note. Another example might be if a rural property is unusual enough that comparables cannot be found.
Of the four rules initially proposed by regulators back in June 2012, two of the four that will indeed have an impact on community banks, according to Schroeder, are Basel III and the Standardized Approach rule. Basel III applies to strengthening capital and increasing capital levels; the Standardized Approach rule deals with the risk weights or different categories of assets on a bank’s books.
As the CBAI’s federal lobbyist, Schroeder spent a great deal of time studying the interconnectivity of both of these rules.
“The difficulty in trying to get our arms around these two rules was that they have a certain amount of interplay,” he said. “If you make a change on the risk weight side, then on the Basel III side it’s really a double impact.”
Regulators had given banks an initial expiration date of Sept. 7, 2012, which only allowed for a 90-day comment period on the new rules. The first thing banks did, says Schroeder, was to ask regulators for an extension to give them time to digest the massive amount of information presented. As a result, they received an extension until October 22. Now, bankers have been given until Jan. 1, 2015 to continue grappling with interpreting and planning for the impact, he adds.
“All in all, it was a great victory for community banks,” said Schroeder. “It really proved that community bank involvement in the rulemaking process is important. It’s very unusual, based on our experience, for the regulators to make these types of concessions. But then again, it’s unusual for them to propose these kind of misguided rules.”

While many business owners were already confused by ACA requirements and deadlines, the U.S. Treasury Dept. muddied the waters even further last month when it announced a one-year moratorium on the 50+ employer-provided healthcare mandate.
Patrick McKeehan, SBDC director for Southwestern Illinois says despite the mandate delay, business owners of all sizes need a working knowledge of the ACA and its unprecedented impact on the nation’s healthcare system. “It is important to understand federal health care reform and how it will produce long-term costs and benefits for businesses,” McKeehan said. “This workshop will provide the latest details on the ACA along with tools and key resources to better inform and assist business decision-makers.”
One of the local resources available at the workshop will be experienced staff members from Mensing Consulting Solutions, a health care and human resource services provider located in Mascoutah. Company president Kandi Mensing says small business owners will leave this workshop “with a greater understanding of the law and a more confident feeling about their decision-making in regard to their employees, themselves and future compliance.”
Workshop organizers said that while the new ACA regulations directly affect companies with 50 or more full-time equivalent employees, it will also impact smaller ones as well. A recent Kaiser Family Foundation survey stated that only 59 percent of small firms (fewer than 10 workers) offer health benefits, compared to 76 percent of companies with 10-24 workers, and 92 percent of companies with 25-50 workers. But Mensing says businesses already providing coverage will see just as many changes as will those who have not previously provided insurance.
“This is a very compelling reason why our August workshop is important for all small businesses in our region, even for those already providing healthcare coverage,” she said.
Registration and networking will begin at 8 a.m., followed by a keynote presentation by an ACA expert at 9 a.m. After a short break, attendees will be able to move into one of three breakout sessions focusing on tax credits, reporting requirements and healthcare plan design. Because each session will be repeated, attendees will be able to participate in all three breakouts. The workshop will conclude before noon.
The registration fee is $25 per attendee and $20 for members of sponsoring chambers of commerce. Chamber sponsors include: Greater Belleville Chamber of Commerce; Chamber of Commerce of Southwestern Madison County; Collinsville Chamber of Commerce; Edwardsville/Glen Carbon Chamber of Commerce; Mascoutah Chamber of Commerce; O’Fallon-Shiloh Chamber of Commerce; and RiverBend Growth Association.
Additional workshop supporters include Rickhoff & Associates and the Illinois Business Journal. For more information and to register for the Aug. 21 workshop, go to:  www.MensingConsultingSolutions.com.
Posted in 2016 12 18 20 13 07

The Patriot Act, not your credit score, could be what’s holding up your mortgage loan app

Dysfunctional government is the greatest threat to our future