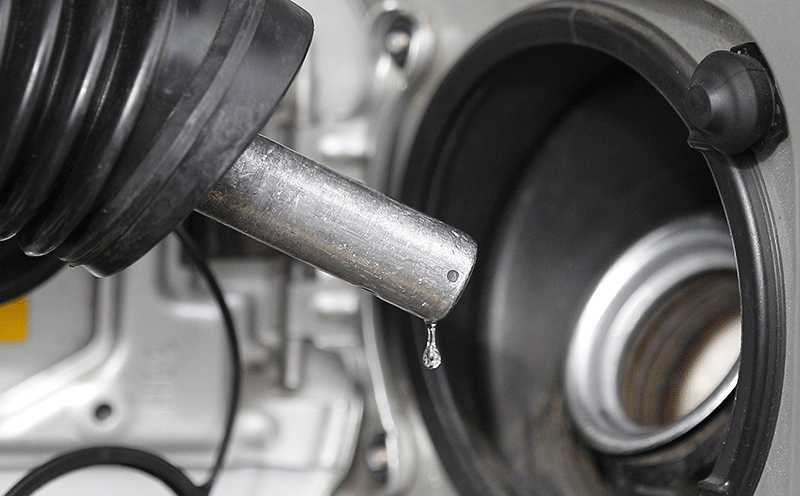 The Transportation for Illinois Coalition’s proposal to replace the state’s portion of the gas tax with a 9.5 percent wholesale fuel tax is meeting with fierce opposition from distributors, who say such action would drive more motorists across the borders to fill their tanks and drive Illinois gas retailers out of business.
The coalition — comprised of labor, construction, transportation and trade associations and the Illinois Chamber of Commerce — is proposing the tax in tandem with vehicle license and registration fee increases to raise a projected $800 million annually.
Coalition co-chairman Doug Whitley, president and chief executive officer of the Illinois Chamber of Commerce, says something has to be done to build and maintain Illinois’ roads and bridges without relying on the feds because that well has run dry.
Illinois motorists would pay an additional 14 to 17 cents per gallon on top of the current tax if the proposal were adopted.
“The federal government has been unreliable in the past two federal highway bills,” Whitley said. “The federal gas (and diesel) tax has not increased since 1993, so they haven’t put any more money into the road fund either. Congress has had to supplement the Highway Trust Fund with additional money out of the General Fund just to shore up the Trust Fund. The states lack confidence that the federal government is going to help them.”
The coalition’s proposal, Whitley says, is linked closely to the end of the 2009 Illinois capital bill, Illinois Jobs Now!, which will expire in July 2014. There is no new state funding allocated toward construction.
“The level of funding for (capital) construction in Illinois will go from $3.5 billion to less than $1.5 billion,” Whitley said. “That is inadequate for maintaining IDOT’s 16,000 road miles and 900 bridges.”
Local governments in Illinois are responsible for maintaining an additional 123,000 miles of roads and thousands more bridges. “Without a renewed commitment on the part of the governor and the General Assembly, it’s anticipated that one in every three Illinois roads — and one in every 10 bridges will deteriorate to an unacceptable standard,” he said.
Volatility in motor fuel prices, Whitley concedes, is a drawback of the proposal.
“The bad news is that, just like the stock market, there’s a lot of volatility in fuel prices,” Whitley said. “The factor that is most frightening in Southwestern Illinois is the price differentiation between Illinois and Missouri. There’s nothing we can do about the folks in Missouri not having enough money to finance their roads,” he added, referring to the fact that Missouri’s state gas tax, as of press time, was 17.3 cents per gallon (35.7 cents total per gallon), compared to Illinois’ 39.1 cents (57.5 cents total). Our leadership is very conscious of the difference between states.”
As it stands now, Illinois has the fifth-highest gasoline tax in the nation. Chicago has the highest gas prices of any major metropolitan area in the U.S., according to the Illinois Policy Institute.
But Matt Schrimpf, president of the Illinois Petroleum Marketers Association and president of Piasa Motor Fuels in Hartford, questions whether Illinois leadership has weighed in on the coalition’s proposal. Schrimpf, whose company does business in seven states, says the proposal may do three very damaging things: 1) It would substantially raise the price of gas for consumers and take more of their disposable income per dollar, per gallon to feed the next tax; 2) It would send even more Illinois motorists across the state border to Missouri, Iowa and Indiana to buy their gas in cheaper-priced states; and 3) The new wholesaler tax may require smaller petroleum retailers to pay the levy ahead of time rather than after the fuel sale is made at the pump, as they do now.
“A small family business won’t be able to survive this,” Schrimpf said. “In addition, it’s very difficult to track rack prices. Typically in (distribution) terminals, there are multiple suppliers — between three and eight — per terminal. What prices do you use? How many are you going to tag?”
The petroleum marketers agree that the federal Highway Trust Fund is unsustainable to fund the future of states’ road funding needs. But Schrimpf questions why Illinois — a narrow state with major population centers on its borders — has to take the initiative in making itself less competitive.
“Why does Illinois have to be first in a flawed proposal like this one?” Schrimpf said. “We need to be asking the Illinois General Assembly to stop its diversion of $450 million in transportation funds. Another answer might be to ask Metra (the northeast Illinois commuter rail system) to pay a greater percentage of its budget.  We need to be coming up with solid proposals that keep our gallons in Illinois. And we need to ensure that Illinois prices are competitive to neighboring states to encourage businesses and citizens to keep their purchases in Illinois.”

IBJ Newsmakers
MM&R’s Speicher wins first U.S. Court of Appeals case
BELLEVILLE — The U.S. Court of Appeals for the 7th Circuit decided this summer in favor of an appeal made by a Belleville tax and business attorney against a decision made by the U.S Tax Court in June 2011.
In his first such case, Philip D. Speicher argued that the Tax Court did not have authority to vacate decisions that had previously become final simply because those decisions contained a clerical error.
Speicher, a shareholder for Mathis, Marifian & Richter, said the IRS was trying to find a way to resurrect a statute of limitations that had already expired. The IRS made an error that allowed the statute of limitations to expire, and essentially, was trying to unwind its mistake by asking the Tax Court to withdraw the decision that triggered the expiration of the statute of limitations. However, with the guidance of Pat Mathis, a founding shareholder of the firm, and assistance of Natalie Lorenz, the Mathis firm’s newest associate, Speicher persuaded the U.S. Court of Appeals to rule that the U.S. Tax Court did not have the authority to vacate decisions that had become final unless fraud is present, and the IRS acknowledged that their mistake was not a product of fraud.
“This ruling not only helps resolve issues for our clients, it also helps answer questions for other taxpayers who might face a similar situation,” Speicher said. “The IRS is subject to the law just like everyone else, so we are very pleased with the decision that halts the IRS’ attempt to find a way around the law. It brings fairness and consistency for taxpayers.”
Speicher has been with the Mathis firm for nine years and became a shareholder in January 2012. His practice concentrates in taxation, business law, estate planning, and real estate law.
This was Speicher’s first argument before the U.S Court of Appeals.
Mathis initiated the case by defending his client in front of the Tax Court earlier this year. He then mentored Speicher through the evolution of the case.
IBJ Business News

Cheaper gas prices may be ahead

NEW YORK (AP) — Gasoline prices fell steadily throughout September, and drivers should look forward to even cheaper fill-ups in the weeks ahead.
The national average price for a gallon of gasoline is now $3.42, down from $3.59 on Sept. 1. The price is the lowest it’s been at this time of year since 2010 and is likely to keep falling.
“It’s a layup for me to predict lower prices until Columbus Day weekend,” says Tom Kloza, Chief Oil Analyst at GasBuddy.com and Oil Price Information Service, which tracks retail and wholesale gasoline prices.
Wholesale gasoline prices have fallen faster in recent days than pump prices, so drivers can expect to pay even less as the pump prices catch up.
Despite the recent drop, the national average is unlikely to fall back to $3.29 per gallon — this year’s low, set in early January — unless the price of oil falls under $100 per barrel, GasBuddy’s Kloza said.