IBJ: The Growth Corp is the largest SBA 504 lender in Illinois. What is an SBA 504 loan?

Kinley: The 504 loan is an SBA program to provide financing for owner-occupied real estate and equipment. It helps provide small businesses with better access to money for expansion than would otherwise be available through conventional financing. The 504 Loan Program is available to most businesses for the purchase, construction or expansion/renovation of 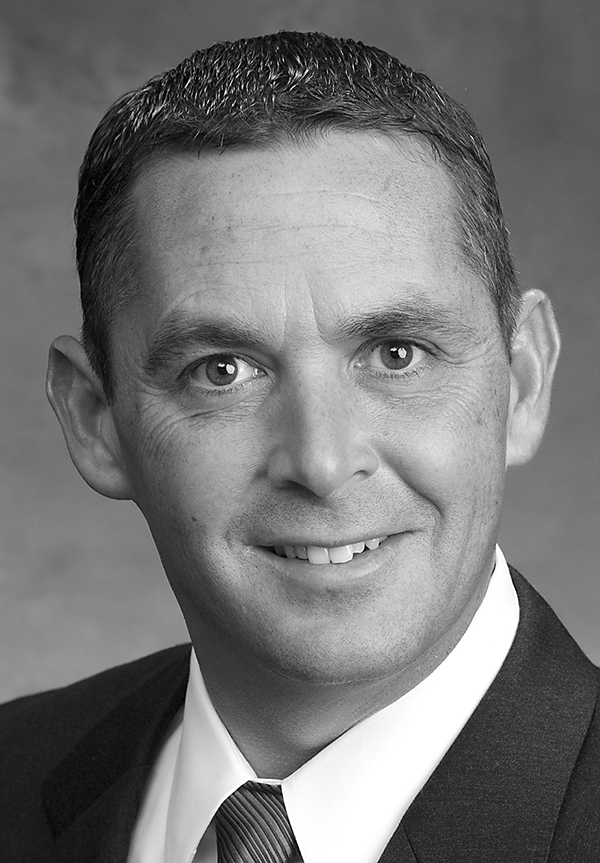 buildings and/or the purchase of equipment. Under the 504 program, financing is made up of three parts. 50 percent comes from a lending institution; 40 percent from the SBA via the Growth Corp; and 10 percent is owner equity.

IBJ: How has business been this year?

Kinley: Our refinance business ended but new loan volume is 20 percent more than 2012. Refinancings were 30 percent of our total loans and 40 percent of our volume last year. And, to have that part of the business just go away in terms of loan volume was tough. Overall, we were just slightly down. We increased our new loans about 20 percent but we lost all of the refi business.

IBJ: What happened to the refinancing business?

Kinley: Legislative authorization expired Sept. 30, 2012. There has been talk about bringing it back or making it a permanent part of the program but nothing has been done yet.

IBJ: Why do you think new loans have increased?

Kinley: It’s hard to speculate. I don’t see a lot of growth in a majority of our area. I see it pretty flat. Our growth and our strength really came from the diversity in Chicago and the huge market that’s there as opposed to any general recovery in the smaller communities around the state. I just haven’t seen a whole lot of growth out there.

IBJ: Were you impacted by the government shutdown in October?

Kinley: SBA was shut down except for the emergency liquidation program. So, there was no way for the lending community to receive an SBA approval during the shutdown. We accept loans every day and we do an average of one every day. We submit them to the SBA and they go into a queue. In the past they have shown the ability to deal with large swings in volume and how much they can process in a day. I suspect they’re two weeks behind but they will get caught up relatively quickly.

Kinley: Yes it is. Each development company in the country services a territory and many times they overlap. Because we service the Metro East area of St. Louis, we’re allowed to form relationships across the Mississippi River. We service 16 counties in Missouri that are considered part of the St. Louis metropolitan area market. We don’t go to Kansas City; we don’t go to Columbia; but we do service the metro area on all sides north, west and south of St. Louis, as well as East St. Louis.

IBJ: How is loan demand in that area?

Kinley: It’s been a tough market for SBA loans. We have increased our loan volume year over year but it’s still nowhere near what you would think it would be based on the population and the business base. I don’t have an explanation for the reluctance of the lending community or the borrowers on the Missouri side to use the SBA 7a or SBA 504 programs. Based on the population size and the number of businesses, it’s just not been as popular as it has been in other areas.

IBJ: Is the program not as popular in St. Louis or has there not been as much growth in St. Louis as there is in Chicago?

Kinley: I believe there’s probably a combination of factors. I’ve got to believe that there are actually some differences between the economies. We do a dozen deals on the Missouri side in an average every year. That’s less than 10 percent of what we do in our total market and that’s despite a pretty high concentration of population and businesses in the St. Louis area.

IBJ: How many loans have you made in Southwestern Illinois this year?

Kinley: We plot our deals out geographically. We probably did between 10 to 20 deals that would fall into that market.

Kinley: Right now we’re projecting that we’ll stay about the same. There’s a lot of concern about interest rates and there’s a lot of concern about the health of the economy, but those are the same concerns that we had going into this time last year. We do anticipate new loan demand to continue on a path that results in a 10 to 20 percent growth in our loan program. That equates to about a deal a day or 220 to 250 deals for the year.

ST. LOUIS —Williams Venker & Sanders partners Theodore Williams, Paul Venker, Steve Sanders and Robert Bassett have been named by “Missouri and Kansas Super Lawyers” as four of the top attorneys in the area for 2013.
Only 5 percent of the lawyers in Missouri and Kansas are so recognized.