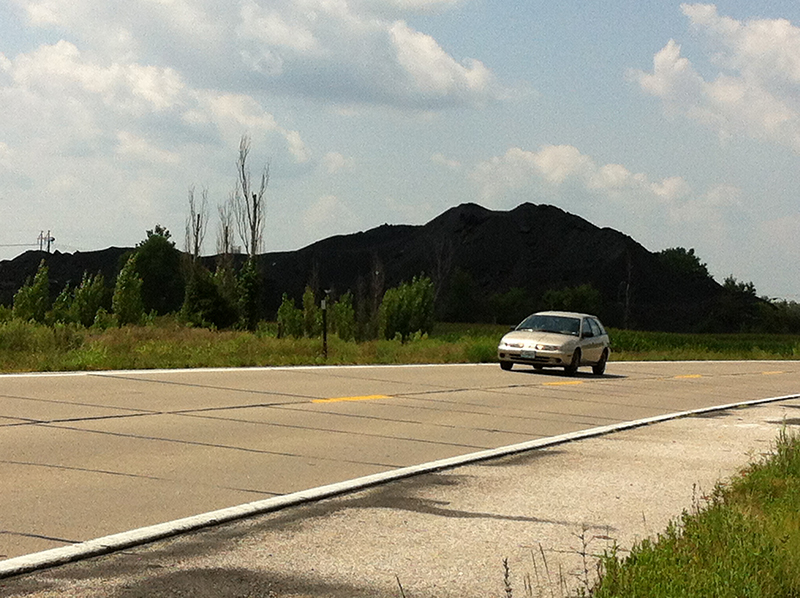 Pending approval of an official court order by the U.S. District Court, an Illinois-based company will move full-steam ahead in refining and recycling metals contained in the slag piles surrounding the former Chemetco plant in Hartford, Ill.
Paradigm Minerals & Environmental Services – a privately held, secondary recycling company incorporated in Illinois in 2009 – has been working in close partnership with the US EPA over the past three years. Paradigm CEO Elliott Stegin’s affiliation with the site extends further back; his sister company, Industrial Asset Disposition, performed the massive demolition work in 2011, razing a lion’s share of the former plant buildings at the site.
Chemetco, once one of the largest U.S. copper refinery operations with reported annual revenues of $500 million in 1999, opened in 1970 but was shuttered in 2001. Its former owner and CEO, Denis L. Feron, and others, were found guilty of violating the Clean Water Act. A measurable layer of toxic pollution covered the bottom of Long Lake (a Mississippi River tributary) by the time a secret drainage pipe was discovered 10 years later. The pipe had been installed in 1986 by Chemetco to drain several types of toxic metal pollutants.
Regulators had originally proposed big increases in risk weights (banks’ off-balance-sheet exposures) for balloons and other residential mortgage loans, in some cases from 50 to 150 percent. Schroeder says the original proposal discounted the community bank business model of fair dealing and soundly underwriting these types of loans. Fortunately, he says, this proposal did not survive. The final NPR includes retaining the existing risk weight of 50 percent for high-quality, seasoned residential mortgage loans and 100 percent for all other residential mortgage loans.
Banks with customers who live in rural communities have relied greatly upon balloon mortgages – as have their lenders, for years, says Brad Rench, regional president at First Mid-Illinois Bank & Trust. “A balloon mortgage, by its very nature, is typically a community bank product,” said Rench. “If we all had our choice, we’d put 30-year secondary market loans out. But they don’t fit everyone, and that’s why this alternative exists in the product mix. If you’re selling into the secondary market and you’re in small-town USA, those (balloon) loans may not qualify. So you typically do a balloon note. When regulators initially announced this rule last fall, it was a huge issue for banks serving rural communities across the country, because balloon notes – which they’d been making for decades and more – could have had to be phased out by the end of this year. Now we’ve gotten a reprieve on balloons.”
As regulators continue to tweak the two rules that have been delayed until the start of 2015 which directly affect community banks, Rench says First Mid is continuing to keep balloon notes in its product offerings but preparing to embark upon additional training as to more residential loan opportunities for its clients.
“We are preparing for a change,” he said. “The easiest way to adapt is to add adjustables to our product mix. We know that some change is coming, and that it is going to affect our overall loan portfolio.”
Dennis Terry, president and chief executive officer of First Clover Leaf Bank, says the financial institution also still offers balloon mortgages and “probably always will,” although for many of FCLB’s clientele, still-low interest rates make the bank’s conventional residential mortgage products – both the in-house and external options – a better fit.
“In a more normalized rate environment, there are situations where a balloon would make sense,” Terry said. “It’s traditionally priced a little lower than a fixed-term rate. For someone whose career is in the military or is such where they know they’re going to be transferred every five years, it often makes a lot of sense. Also, there are situations – particularly so in small towns – where factors exist that could cause it to be completely out of the norm of a 15 or 30-year realm.”
One such example, says Terry, is if the properties are each served by their own well; the inspections and standards required to get a residential loan may necessitate going the route of a non-traditional mortgage such as a balloon note. Another example might be if a rural property is unusual enough that comparables cannot be found.
Of the four rules initially proposed by regulators back in June 2012, two of the four that will indeed have an impact on community banks, according to Schroeder, are Basel III and the Standardized Approach rule. Basel III applies to strengthening capital and increasing capital levels; the Standardized Approach rule deals with the risk weights or different categories of assets on a bank’s books.
As the CBAI’s federal lobbyist, Schroeder spent a great deal of time studying the interconnectivity of both of these rules.
“The difficulty in trying to get our arms around these two rules was that they have a certain amount of interplay,” he said. “If you make a change on the risk weight side, then on the Basel III side it’s really a double impact.”
Regulators had given banks an initial expiration date of Sept. 7, 2012, which only allowed for a 90-day comment period on the new rules. The first thing banks did, says Schroeder, was to ask regulators for an extension to give them time to digest the massive amount of information presented. As a result, they received an extension until October 22. Now, bankers have been given until Jan. 1, 2015 to continue grappling with interpreting and planning for the impact, he adds.
“All in all, it was a great victory for community banks,” said Schroeder. “It really proved that community bank involvement in the rulemaking process is important. It’s very unusual, based on our experience, for the regulators to make these types of concessions. But then again, it’s unusual for them to propose these kind of misguided rules.”