The cure for the age-old problem of hip and knee ailments has some new twists, and a thoughtful, multifaceted approach is being used by two surgeons who represent the future face of orthopedics at Alton Memorial Hospital. 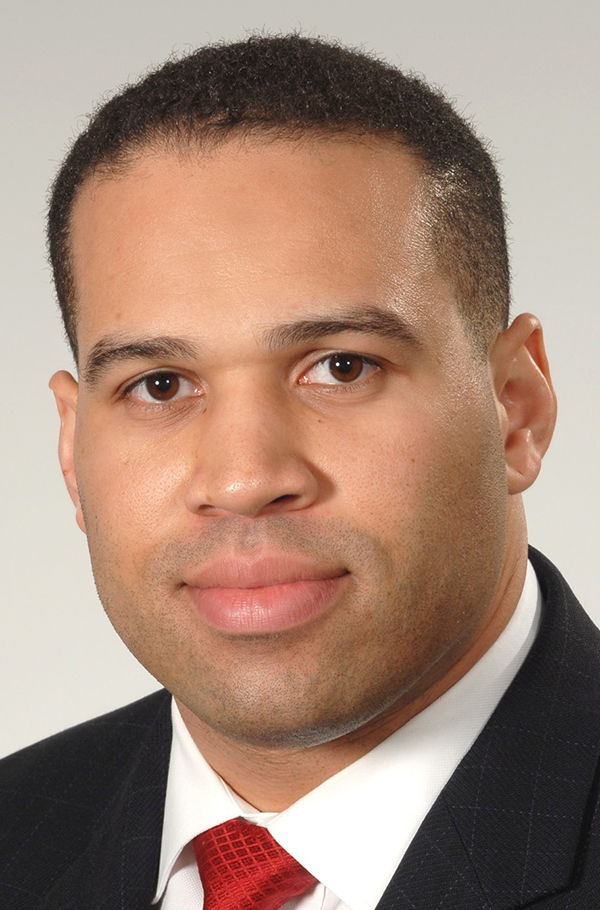 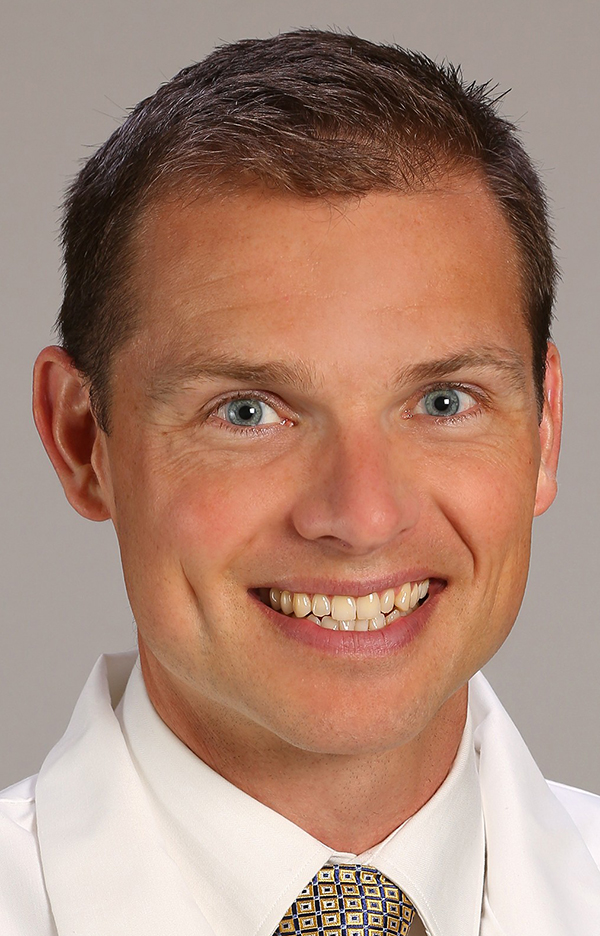 Dr. Aaron Omotola joined Alton Orthopedic Clinic in August 2010. Dr. John Stirton came aboard this summer. Each is tackling a specialty as part of their general orthopedist practice with BJC Medical Group of Illinois.
Stirton’s work largely involves  joints and revisions — “redos” in his words — involving patients who have sought him out after being bothered by previous replacements.
Stirton received his medical degree from the University of Texas Medical School at Houston in 2007 and completed his residency in Orthopedic Surgery from Michigan State University in Grand Rapids in June 2012. He recently finished one-year Fellowship training in Adult Reconstruction at Lenox Hill Hospital in New York City.
Stirton is trained on minimally invasive, direct anterior total hip arthroplasty, a surgery few doctors are doing in the St. Louis market. That’s total hip replacement, but done through the front of the hip, instead of the back or side of the hip, which prevents cutting of muscle.
“As a result there is significantly less post-operative pain, earlier discharge from the hospital and quicker rehab,” Stirton said.
The less invasive form of hip surgery is done by placing the patient on a Hana table, a specialized table of which there are only two in the St. Louis market, he said.
Among other things at the doctors’ disposal is advanced imaging equipment available at the hospital — a newer MARS (Metal Artifact Reducing Sequence) MRI, as well as a “rotational CT” that allows a doctor to see the actual rotation of a previously done implant, to evaluate  if certain rotation is cause for pain, particular with knees.
With the results of such imaging, the surgeons can develop a patient-specific surgical approach, right down to anatomically-measured instruments.
“We can literally create cutting blocks and instruments that we use within surgery that are for that patient alone and then get disposed of afterward,” Stirton said.
Most of his joint-replacement patients are 50 and older, but the increasing sophistication of both equipment and surgical technique is attracting a younger clientele, he said.
“There’s a big demand for orthopedic care in the community,” Stirton said.
Dr. Omotola tailors his focus to the growing field of sports medicine.
Omotola earned his undergraduate degree in biology at Xavier University of Louisiana in 1999, spent two years of residency in Los Angeles after medical school and completed orthopedic surgery training in New Orleans in 2009.
Omotola was one of the few orthopedic surgery residents in the country selected to participate in the Clinician Scientist Development Program sponsored by the American Academy of Orthopedic Surgeons, the Orthopedic Research and Education Foundation and the Orthopedic Research Society. He also represented the LSU Health Sciences Center at the American Orthopedic Association Resident Leadership Forum.
Omotola, who did a fellowship in sports medicine and arthroscopy, honed his skills from a love of sports — he was a safety on the Homewood-Flossmoor High School team that won the Illinois Class 6A football championship in 1994.
“I have always had an interest in medicine,” Dr. Omotola said previously. “My uncle is an orthopedic surgeon, and he inspired me to pursue orthopedics as a career. Orthopedic surgeons don’t just treat patient issues, we resolve them. That is something unique and extremely rewarding about our field.”
Omotola earned his medical degree at Saint Louis University School of Medicine. He now spends his time helping young athletes by holding a Saturday morning clinic to make it easier for young people to get diagnosed and receive treatment.
“I want to make myself as accessible as possible for those experiencing orthopedic issues,” he has said.
During a sports fellowship with the Ochsner Clinic Foundation Program in New Orleans, he doctor had the opportunity to work with the New Orleans Hornets of the NBA as well as the New Orleans Saints.
“This was a great experience,” he said previously. “Being on the sideline in the NFL was humbling. It was great to work with the players to treat their injuries and watch them get back out and play. We took care of the whole team, from Reggie Bush to Drew Brees.”
The offices are at Alton Orthopedic Clinic in Medical Office Building B on the AMH campus. To reach them call (618) 463-7600.

ALTON – Alton Memorial Hospital was one of 14 Illinois hospitals to be awarded an $11,000 “We Choose Health” grant provided by the Centers for Disease Control to pursue Baby Friendly Hospital designation by 2016. The grant is distributed through the Illinois Chapter of the American Academy of Pediatrics and Illinois Department of Public Health. Among goals are to support optimal infant nutrition and mother/baby bonding experiences.

Posted in Hospitals Of Southwestern Illinois