Southwestern Illinois and St. Louis metro statistics defy a nationwide trend showing a “pruning” of bank branches since 2010, one that analysts say is bound to continue.
According to research firm SNL Financial, in 2012 U.S. banks and thrifts closed 2,267 branches, leaving the total nationwide at approximately 93,000, the lowest level since 2007. SNL expects the figure to drop to 80,000 over the next decade, putting the total closer in line with 2000 levels.
“There are two converging trends behind the pruning of branches,” said Nancy Bush, SNL contributing financial analyst. “First, there’s the need for banks to cut costs. That’s the overwhelming driver. They’ve been hit hard by a combination of a regulatory clampdown – including the Durbin (credit card) amendment – and low interest rates. Today banks can go out into wholesale markets and fund themselves more cheaply, which is a complete reversal of the normal pattern.” 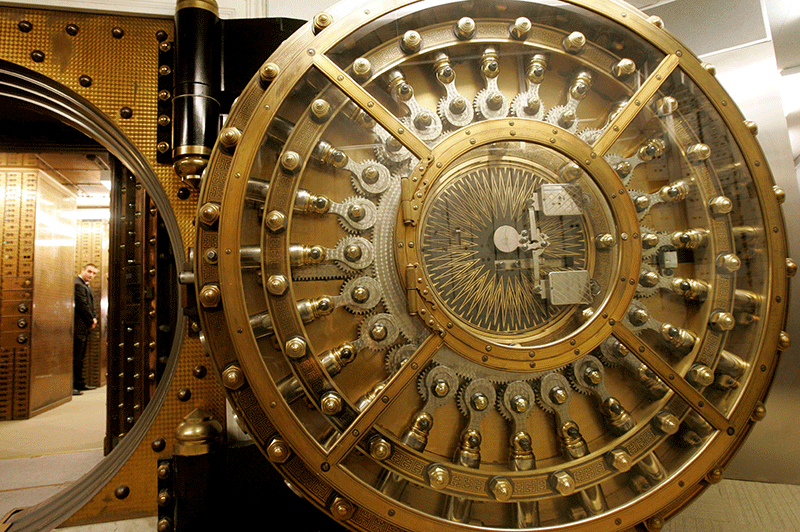 A second converging trend that has greatly impacted the decrease in number of bank and thrift branches across the U.S., says Bush, is one that continues to emerge: the increasingly virtual modes in which people are choosing to bank, thanks to technology. “They’re just not branch dependent anymore,” Bush said. “The Gen X-ers (those born after the post-WW II baby boom, 1960s-early 1980s) and the Gen Y-ers (born 1980s-early 2000s) are banking from their iPhones and their Androids. Even though mobile banking has been going on for awhile now, the banks are just beginning to see, as a result of the banking crisis, that these trends have significantly taken hold. It’s simply not the norm, but it’s going to be the standard,” she added. “It represents a big different universe of banking behavior.”
Bob Meara, senior analyst in the banking group at Celent, an IT research and consulting firm specific to the global financial services industry, also believes that the U.S. is on the cusp of a sizable decrease in the number of bank branches – and that technology is the driver.
After four decades of building branches, the nation will see a reverse trend begin to take hold, according to Meara and fellow analyst Stephen Greer, who together authored a report for Celent, “Branch Boom Gone Bust: Predicting a Steep Decline in US Branch Density.” The two analysts say banking, from a macro perspective, is still grappling with how to respond to the huge shift in customer behavior.
“The U.S. retail banking branch network has yet to respond to the obvious migration of customers to new digital alternatives,” said Meara. “Branch growth over the last 40 years has dramatically exceeded U.S. population growth. In 1970, there were approximately 107 branches per million individuals. By 2011, that had grown to 270 branches per million. There’s every reason to suggest branch densities would be substantially lower now than 30 years ago, but just the opposite has occurred. Given this trend, a slow but inexorable reduction in U.S. branch density seems unavoidable. Beyond simply reducing the number of operating branches, what is needed is a fundamental redesign of retail operating models. Rather than resisting the trend, banks should welcome it and reinvest the savings.”
In Southwestern Illinois, however, the numbers paint a brighter picture and are not in line with the national trend. According to the FDIC, from June 30, 2005 through June 30, 2012, the number of commercial bank branches and thrifts in both Madison and St. Clair counties increased slightly. In Madison County, the total number of commercial bank branches, based on FDIC data, increased year over year from 85 in 2005 to 91 in 2011 but decreased by 2 last year. Madison County’s savings institution branches also increased year over year from 6 in 2005 to 10 in 2011 and 2012. In St. Clair County, the trend was similarly positive; the total number of commercial banks grew from 84 in 2005 to 92 in 2012, with a single-branch decrease from 2007 to 2008.
Statistics provided by the Federal Reserve Bank of St. Louis also show the number of branches serving the entire St. Louis metro area increased – by 60 branches – from 2005-2011, though the total decreased slightly – by 7 branches -between 2011 and 2012. The St. Louis Fed’s Eighth District territory includes parts of the states of Illinois, Indiana, Kentucky, Missouri, Mississippi and Tennessee, as well as the entire state of Arkansas. Its data does not include thrifts.
Julie Stackhouse, senior vice president of banking supervision and regulation at the Federal Reserve Bank of St. Louis, says what the trends are showing on a national level points to reorganization that is taking place in the banking industry.
“What you’re going to see in the national data, in part, is that the number of head offices continues to fall,” Stackhouse said. “There’s no question that we’ve seen some structural changes. The story we’re hearing when we speak with bankers in our district is that the stand-alone physical facility, particularly in the rural community, is still very important, at least for now. In the larger community, we know that account openings and lending are usually done at a physical facility. To the extent that lending remains a personal touch activity, the physical facility will continue to play a key role.”
Dennis Terry, president and chief executive officer at First Clover Leaf Bank in Edwardsville, says Southwestern Illinois’ bank branches appear to have withstood the recession and then some.
“One of the factors that comes into play in the (Federal Reserve) Eighth District, if you look at their footprint, is that it includes a more rural composition, and a composition of small towns. They are not home to any of the mega-banks,” said Terry. “If you consider that geographic region, it is not populated by larger cities. That is likely why our statistics don’t match those you may read about on the subject of the pruning of bank branches across the U.S. It’s not surprising they’re seeing a pruning of branches in the large metro areas such as the city of Chicago, where you have the mega-banks and they’re experiencing a reduction.”
What often happens, Terry says, is that the very large banks are “pushing” technology on their customers. “The smaller banks, like ours, offer technology, but we don’t push it. It’s there for those who want it. If you think about it, technology really does diminish the need for a building. But on the flipside of that, as a community bank, you have a brick-and-mortar presence in order to legitimize your presence in the marketplace. Long-term, that represents a true dilemma for the community bank.”