Madison County State’s Attorney Thomas A. Haine on Wednesday sent a letter to Gov. J.B. Pritzker, saying he is willing to work with the governor to correct problems with the SAFE-T before it takes effect Jan. 1.

Haine’s letter said the SAFE-T Act, which abolishes the cash bail system in Illinois, will limit the ability of his office – as well as local judges – to detain dangerous defendants prior to trial. Haine said the new law will prohibit the detention of some defendants prior to trial despite their level of threat to the community or their likelihood of being no-shows for court.

“As lawyers we have a responsibility to read the Act and apply the basic tenets of statutory construction,” Haine wrote. “Once such an approach is applied, the plain language of the Act shows major problems. The discretion of judges to detain is unquestionably limited in many important cases, even where the defendant poses a demonstrable risk to the public.”

He added: “Based on this and other issues, a wholesale reconsideration of this law is fully appropriate. At the very least, significant amendments to this law are necessary to prevent the worst outcomes in just a few months.

The governor last week sent a letter to Haine’s office, accusing the prosecutor of misinterpreting the SAFE-T Act, spreading misinformation about the law and “fearmongering.”

“With courageous leadership, I truly believe that a reform of our cash bail system can be accomplished that does not put our communities at risk,” Haine wrote. “I welcome the opportunity to discuss this important public safety issue further with you as we approach the SAFE-T Act’s Jan. 1, 2023 effective date. In the meantime, I am committed to accurately informing the public and working toward meaningful changes to the Act prior to implementation.”

(Editor’s Note: Scanned images of all four pages of Haine’s letter to the Governor appear in the below images in its entirety.) 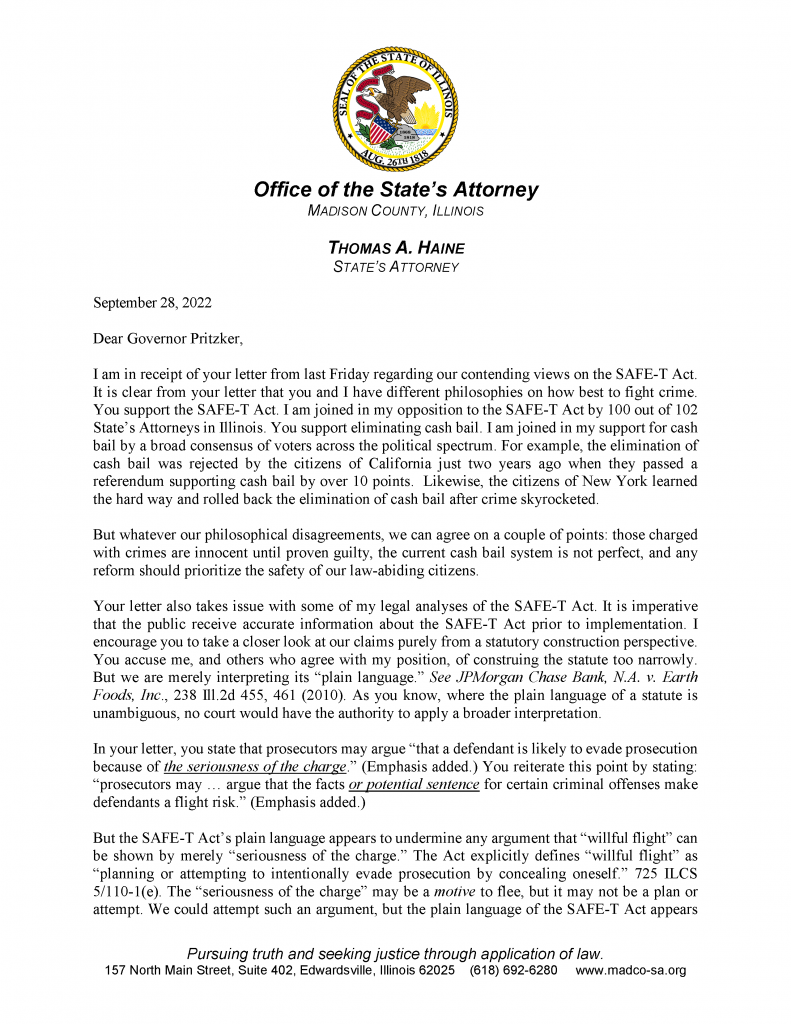 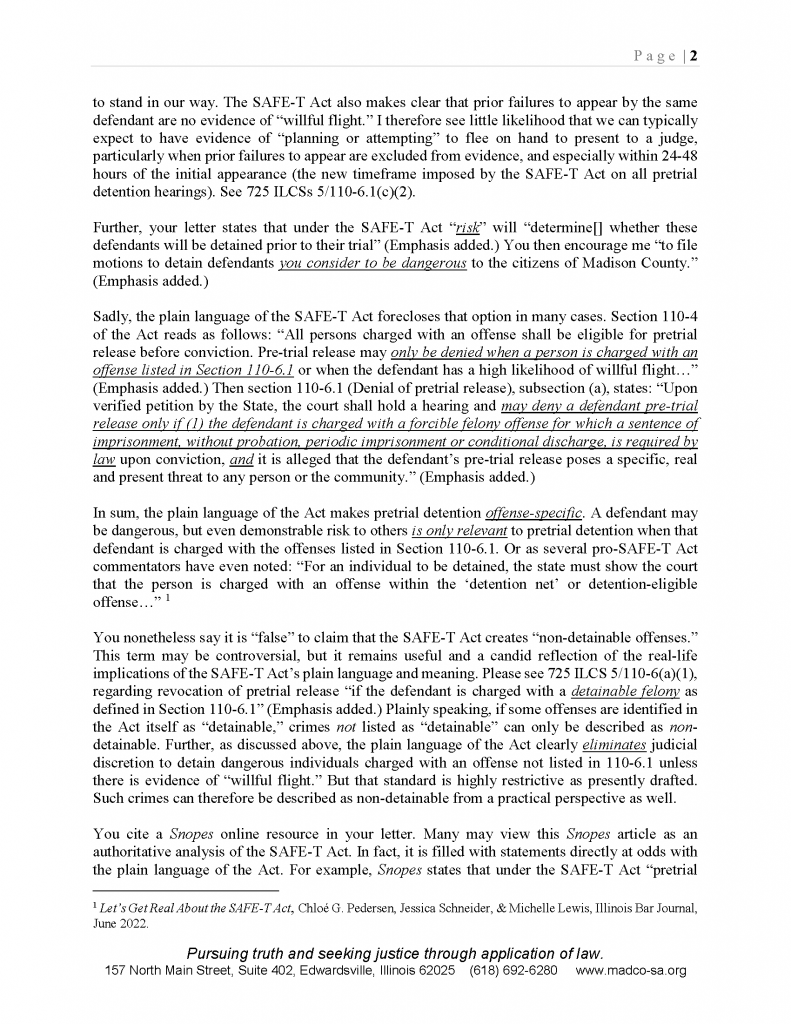 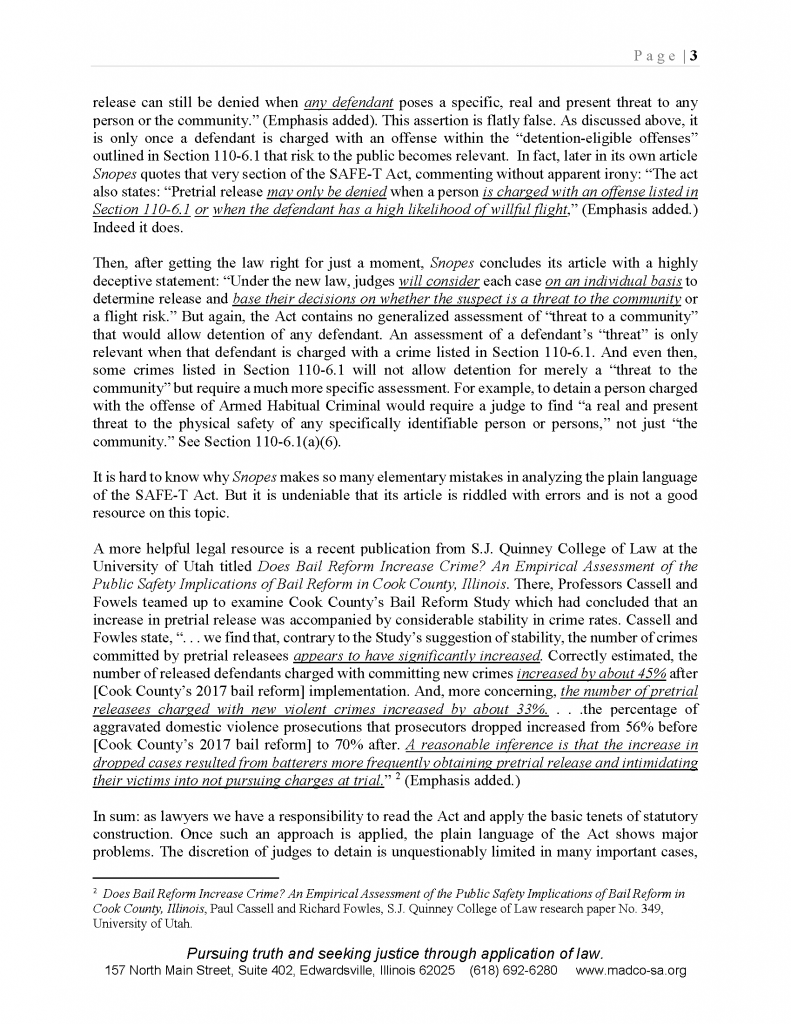 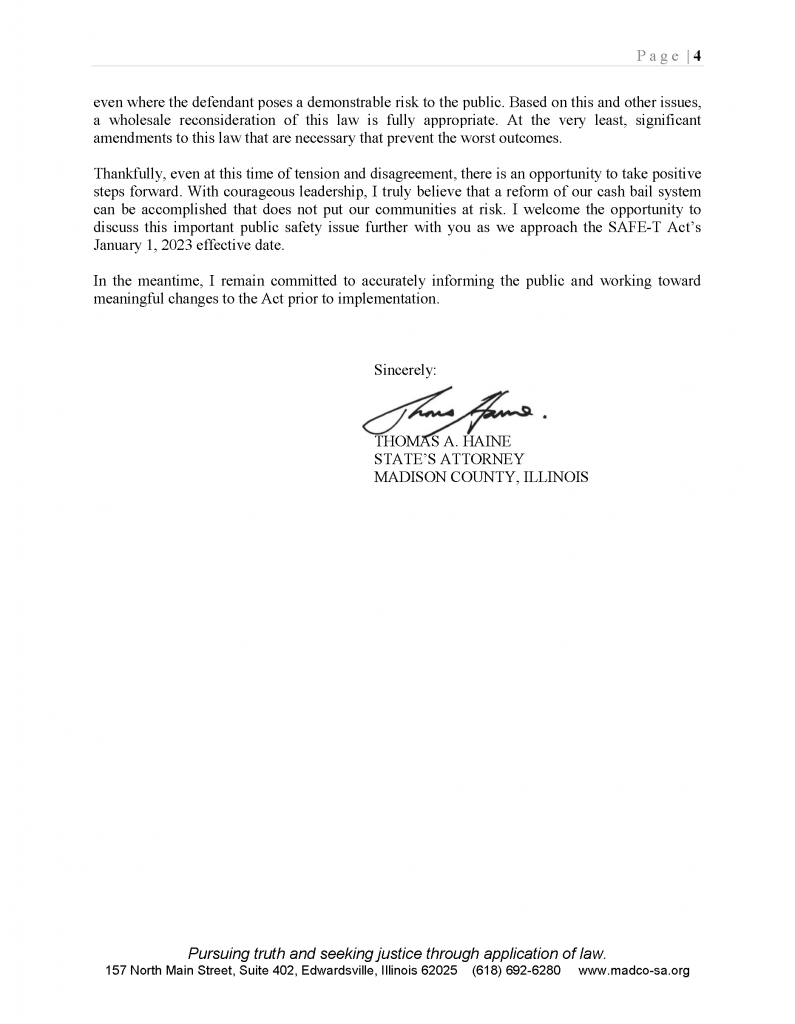